History, Process and Framework for the Community Health Innovation’s Curriculum

Community Health Innovations of Rhode Island more fully and specifically puts into action the research and curriculum development work of TCHI. That work started in 2003 when a collective decision was made to focus on the promotion and advancement of Community Health Worker (CHW) workforce to develop community driven plans for the well-being of their communities. The programs were to be designed to stand alone or comprise part of an entry level career path for diverse underrepresented communities. To make our mission and vision a reality we continually reflected back on the core values the first of which is humility, respect and inclusion of community knowledge. 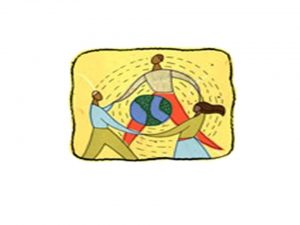 The theoretical modeling that frames the curriculum and the core skills emphasize the individual in context of the community. The curriculum models the techniques of community engagement consistent with the core principles of TCHI.

The Following is the history of its development:

In Feb 2004 – May of 2004, the Round Island Foundation funded a Roundtable series, link,  and was the first process that we did to bring the larger community of community health worker stakeholders together. Approximately 30 organizations came together to discuss curriculum and issues of reimbursement models (the latter a RIF worthy interest). Through this series we learned of Unity conference, a national conference for and by chws, attended it in April of 2004 and reported back to the roundtable.

As part of the series “It was concluded that to create a program for under-served and under-represented communities, the first step would be to create an entry level program that would provide an on ramp for the under-utilized and unrecognized talents in our selected communities.” (See page 33 of the monograph of the series, researchand-resources, for this conclusion and other desired outcomes for curriculum development.)

One of the key concepts brought back from the Unity conference was that the best adult education methods for creating an entry level, inclusive process that respects the communities knowledge and expertise was the use of popular educations methods. This informed and became the foundation and methods used for the TCHI developed curriculum over the next 3 years. In addition, we became aware of Rosenthal et al 1998 seminal work which defined core skills for chws. (Rosenthal, (1998). A Summary of the National Community Health Advisor Study:  Weaving the future. CAH.aspx

From 2004 – 2007, with the recommendations laid out in the Roundtable series for curriculum development and with student interns, graduate and undergraduate from URI and Brown, adult education specialist from Brown and the immediate Mount Hope community as well as health promotions centers counsel a process was started. During the series it was concluded to create and inventory of the various curricula in RI. We combined this search with a survey of convenience to assess approximately 50 of 60 organizations that used chws. The survey was vetted to the community and the students went to the organization to do the interviews. Most of the organizations, if they had a curriculum, were not willing to share and if they were had us to come to their organizations to view it. (Data compiled has been presented at various presentation, see PowerPoint if interested viewing some of this unpublished data, Excerpt TCHI RIH update Nov 3 2005). In addition, we collected popular educations models from around the country. The curriculum was tested, vetted and modified by a large number of chws in the Providence community (scroll down for list of contributors). The original 9 workshop curriculum was eventually modified to consist of 15. Go to the To Become and Instructor and Become a CHW to see the outline of the curricula.